From July 29 to August 01, 2019, Anastasia Samarkina, the General Director of LEGINT Bureau, took part in the work of the standing Intergovernmental Commission of the Russian Federation and Republic of Guinea where she presented the company’s capabilities and proposed a number of promising mutually beneficial projects for consideration. 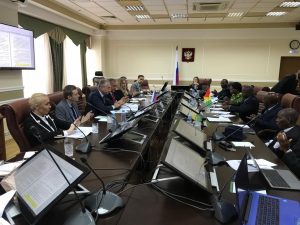 Ms. Samarkina informed the Guinean Party of an initiative to create a Foundation for assisting the Government of the Republic of Guinea and other African states in combating dangerous viral infections and consider potential creation in the Republic of Guinea of a facility for producing medical preparation developed in Russia, primarily vaccines for preventing diseases caused by the Ebola virus, GamEvak-Kombi and EpiVacEbola. 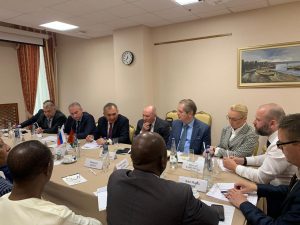 LEGINT Bureau’s representative also focused the attendees’ attention on the possibility of establishing a joint bank in Guinea to be co-owned with a Russian company to create an effective bilateral financial mechanism that would expand trade and economic cooperation and minimize costs and risks associated with fund transfers.

The Guinean Party supported LEGINT Bureau’s efforts aimed to have Russian companies involved in the upgrading and greenfield construction of hydropower and thermal power plants and hydraulic facilities in the Republic of Guinea. Agreement have been reached to provide the Guinean Party with up-to-date information on this matter describing the needs and other process parameters of such infrastructural facilities. A corresponding provision was included in the final minutes of the Russian-Guinean Intergovernmental Commission. 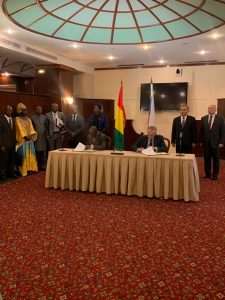 To move the reached agreements forward and maintain the upward trend in bilateral cooperation, a meeting between the Guinean delegation and a representative of Inter RAO Group was held in LEGINT Bureau’s premises. During the negotiations, the Russian Party expressed interest in participating in the construction of the infrastructure facilities. Appropriate  proposals have already been sent to dedicated Guinean ministries.

Definitive cooperation agreements are expected to be executed with the assistance of LEGINT Bureau at the Russia-Africa summit that will be hosted by Sochi in October 2019.