On participation in the “Russia–Africa” Conference 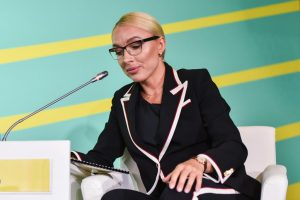 On June 20–21, 2019, representatives of the LEGINT Bureau took part in the “Russia-Africa” Economic Conference within the 26th Annual Shareholders’ Meeting of the African Export-Import Bank (Afreximbank).

Due to the fact that the Russian Export Center (REC) has joined Afreximbank as one of its shareholders, it has now become possible for Russia to host the annual meeting of the entity designed to boost the trading operations of African countries. Such meeting was held outside the African continent only once, in China in 2012. 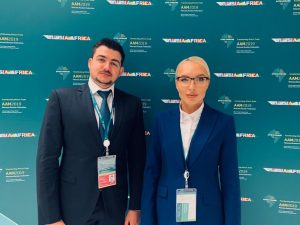 More than 1.5 thousand people, mostly from African countries, have taken part in the Conference events. The attendees included prominent businessmen and ministers of foreign affairs, finance, trade and mining industry. The visit to Moscow helped politicians and businesses from the continent establish contacts with Russian partners. The conferees included General Director of the Russian Export Center Andrei Slepnev, Director of the Institute for African Studies of the Russian Academy of Sciences and Associate Member of the Russian Academy of Sciences Irina Abramova, Professor of the Institute for Public Policy Research at the University of Cambridge Ha-Joon Chang, Member (Minister) for the Trade Board at the Eurasian Economic Commission Veronika Nikishina, CEO of the International Islamic Trade Finance Corporation Hani Salem Sonbol, Minister of Trade and Industry of the Republic of Rwanda Soraya Hakuziyaremye, President of African Development Bank Fortunato Ofa Mbo Nchama, General Director of PJSC Uralkali, Chairman of the Russia-Nigeria Business Council Dmitry Osipov and many others.

The Conference hosted more than 20 business events and panel sessions that focused on the further development of the African-Russian partnership, ways to enhance trade among developing countries, core mechanisms for integrating African countries into the global economy, investments and support for small and medium-sized businesses, digital solutions and cybersecurity for addressing public and municipal tasks. Afreximbank’s strategy for dealing with export trading companies was unveiled.

The central part of the Conference featured the welcoming speech delivered by Russian Minister of Foreign Affairs Sergey Lavrov and plenary meeting attended by Russian Prime Minister Dmitry Medvedev and President and Chairman of Afreximbank’s Board of Directors Benedict Oramah. 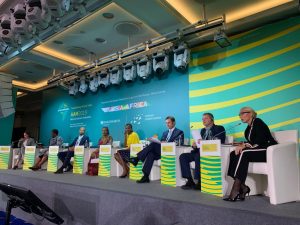 Primary focus was not only on the economic issues of the region but also on the social challenges faced by the continent. In particular, a panel session “Healthcare and Education: Social Responsibility of the Government and Businesses” was held. Anastasia Samarkina, the General Director of LEGINT Bureau, emphasized the importance of combating the deadly diseases caused by the Ebola virus while addressing this discussion platform. Ms. Samarkina encouraged representatives of the Russian government and major businesses of Russia and Africa to create Special Aid Foundation for assisting primarily national African governments, regional medical and humanitarian organizations in preventing diseases and viral infections being especially dangerous to humans. The proposal voiced by the Director of the Bureau was greeted with enthusiasm and found favor with other participants of the session.

As a proactive delegate of Russian businesses on the continent, LEGINT Bureau was represented at all significant events of the Conference. The Bureau’s Executive Director Timofey Lyolikov held a series of meetings focusing on large-scale projects being implemented in African countries and supported by the company. In the course of these discussions, he addressed new prospects for cooperation between Russian and foreign businesses, such as oil giant Lubcon Group, African Development and Vista banks, leader of the domestic and global fertilizer market Uralkali Group and a number of other interested companies.

LEGINT Bureau’s active role in the “Russia-Africa” Economic Conference, meeting of Afreximbank’s shareholders and international forum “Development of Parliamentarism” that will take place on July 3 this year must pay the way for the first Russian-African summit to be held in Sochi in October 2019 under the chairmanship of Russian President Vladimir Putin and Egyptian President Abdel-Fattah al-Sisi who is also the Chairman of the African Union.